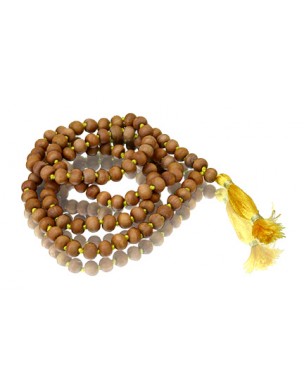 Sandalwood is very calming and cooling, it soothes pitta dosha and promotes tranquility.

Wearing the sandalwood mala has a cooling effect on the mind and body. Sandalwood has traditionally been regarded as one of the purest substances and is valued for its cooling properties and its medicinal value too. It is believed to promote tranquility as an aid to meditation.

Mantra to be chanted : Any deity mantra

The word, "sandalwood" in English, or "chandan" in Hindi, evokes a world of ancient mystery, sanctity, and devotion. Sandalwood has an uninterrupted sacred 4,000 year history, being mentioned in ancient Sanskrit and Chinese manuscripts.

Sandalwood is very calming and cooling, it soothes pitta dosha and it is said to attract positive subtle vibrations, bring clear perception and can be used in worshiping any deity. 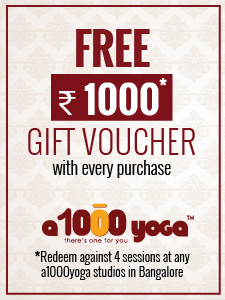